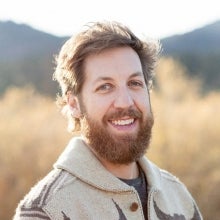 Chris Sacca is the founder of Lowercase Capital, one of history's most successful funds and known for its very early investments in companies like Twitter, Uber, Instagram, Twilio, Docker, Optimizely, Blue Bottle Coffee, and Stripe.

Chris Sacca is the founder of Lowercase Capital, one of history's most successful funds and known for its very early investments in companies like Twitter, Uber, Instagram, Twilio, Docker, Optimizely, Blue Bottle Coffee, and Stripe.

These days, Sacca heads a science and investing team at Lowercarbon Capital, the world's most prolific fund pursuing wildly ambitious solutions to the climate crisis across the realms of energy, materials, transportation, food and agriculture, industrial chemicals, reforestation, carbon capture, and beyond. In parallel with this work, Sacca is among the nation’s most active supporters of non-profit climate research including sunlight reflection.

Sacca is often recognized for his two Emmy Award-winning seasons on the cast of the primetime American hit show Shark Tank. Before that, he served President Barack Obama’s 2008 and 2012 presidential campaigns as a speaking surrogate, co-chair of the National Finance Committee, trustee of the Presidential Inaugural Committee, a host of the President’s roundtable discussion series, and co-chair of Tech for Obama. Chris also served on President Biden's 2020 National Finance Committee and is a member of Climate Leaders for Biden in addition to funding a new generation of political engagement tools and organizations that helped secure victories up and down the ballot in 2018 and 2020.

Before setting out as an investor, Sacca served as the Head of Special Initiatives at Google, Inc. where he won the Founders’ Award, Google’s highest internal honor. Sacca also worked as an attorney at Fenwick & West and held various executive roles at Speedera Networks. He has served in various academic positions including at Oxford University and as a Henry Crown Fellow at the Aspen Institute. Sacca received his BA from the Edmund A. Walsh School of Foreign Service at Georgetown University and JD from the Georgetown University Law Center.

Sacca and his wife Crystal live with their three daughters in Jackson, Wyoming. He is an avid alpine and nordic skier, kitesurfer, Ironman triathlete, Broadway show producer, beginner violinist, helicopter pilot, and he has bicycled coast-to-coast across the USA.